A pair of Great horned owls (Bubo virginianus) have set up home in  a nearby park for the spring to raise two chicks. This same pair have returned to the same area for the last few years. Last year they had two offspring with only one surviving to adolescence. This year they are at it again with two more chicks. These photos are of the female and one of her offspring. They are amazing birds that live high on the food chain eating a wide variety of other animals including rabbits. The first day I saw the owls, they were still in the nest. The male and female parents were hanging out a few branches away and on a nearby tree. I returned a few days later and found that the young had graduated to be “branchers” and had moved from the nest to the upper branches of the eucalyptus tree. Several of us watched as the birds hopped and climbed about the upper branches then suddenly, one of the owls fell to the ground, 50 feet below. Fortunately several branches broke its fall, its wings spread but unable to fly, the owl landed feet first in the grass, unscathed. A park volunteer quickly arranged to have people walking dogs keep a safe distance and within an hour, park rangers arrived. They were able to capture the young owl and arrange for transport to the Sonoma County Bird Rescue Center. These owls were around 7 weeks old and still had another 3 weeks till they would be ready to fly on their own. 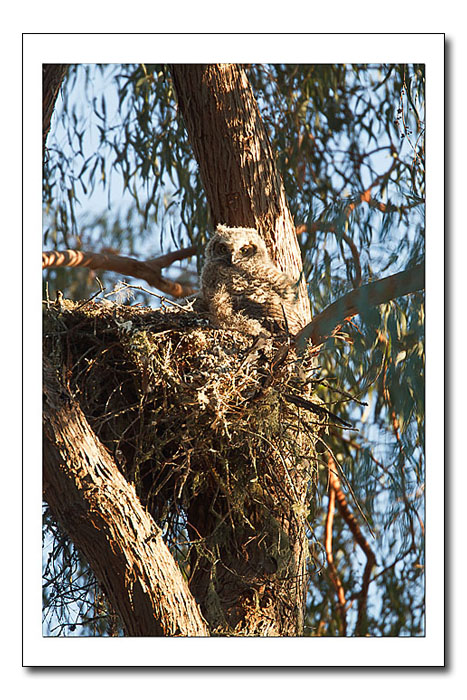 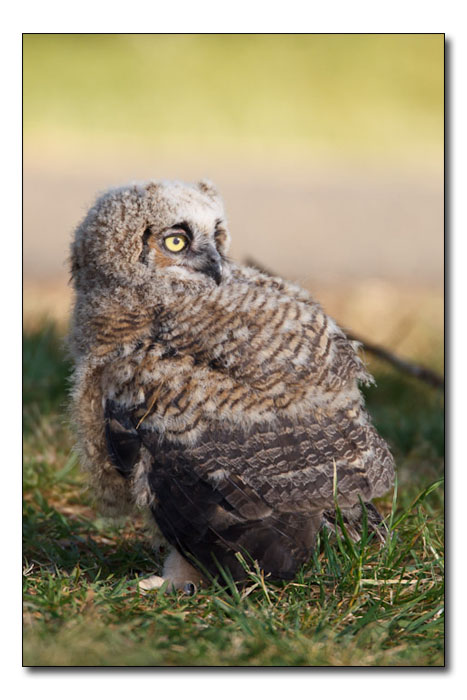 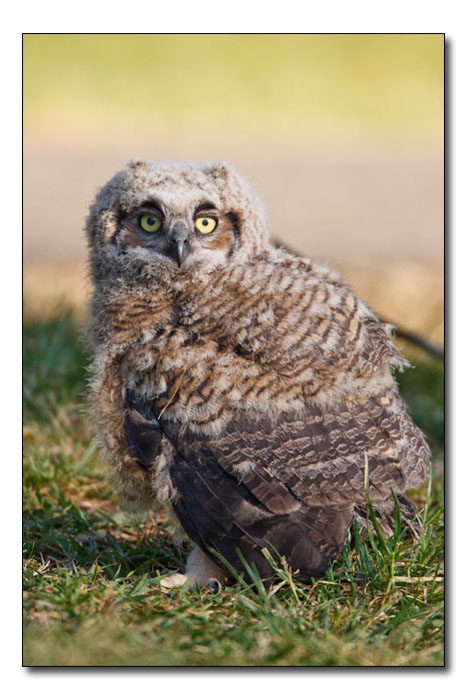 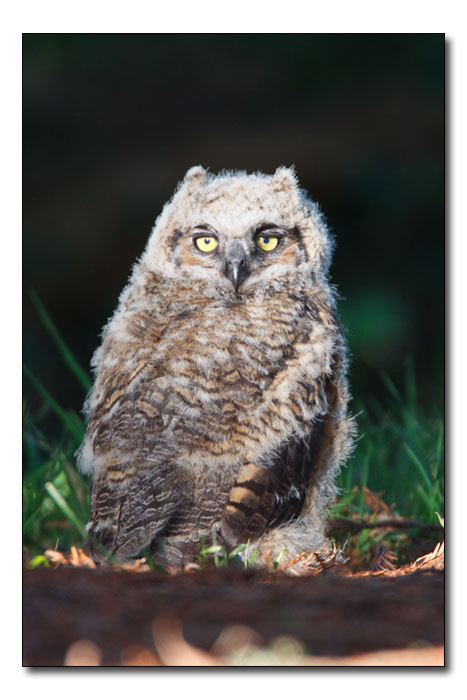 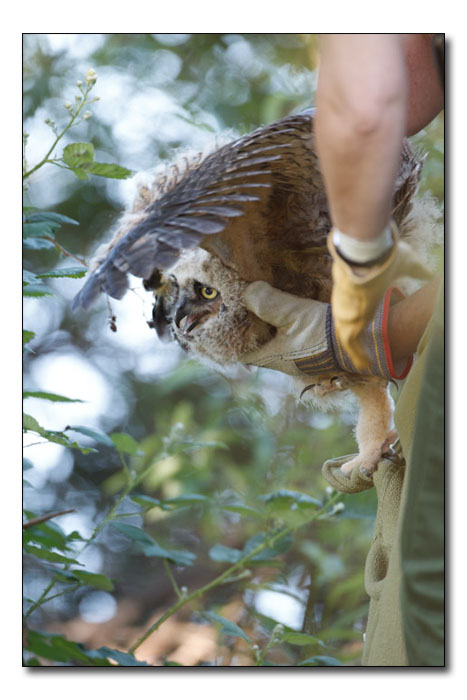 « More Mendocino…
Drifters at the MBA… »